Lago di Braies (also known as Pragser Wildsee or simply Lake Braies) boasts every heavenly Alpine quality on Earth. Here is your guide to enjoying this jewel of the Dolomites at its most pristine.

When you picture paradise, what do you see? If you’re a mountain lover like us, chances are a scene strikingly similar to the sight of Lago di Braies floats through your mind.

Okay, we admit that the last item is hardly anyone’s notion of paradise. Nevertheless, it is a reality of visiting places such as Lago di Braies. Its unearthly beauty acts as a magnet for everyone visiting South Tyrol.

However, if you plan your trip right, coping with a horde of tourists roving the landscape does not have to be your experience.

About South Tyrol’s Most Popular Lake

What lies beneath the surface? Trout and the stuff of legends.

According to ancient folklore, Lago di Braies is a magical gateway to the underground kingdom of Fanes. The kingdom of Fanes appears in many South Tyrolean sagas and has historical roots going back 2,500+ years.

Another legend of Lago di Braies, albeit much more recent, tells of 10 tons of gold lying at the bottom of the lake. When World War II ended, Nazis supposedly sank the treasure.

This legend may have some plausibility. During the war, Nazis used the stately Hotel Lake Braies adorning the northern end of the lake as a base. Built in 1899, the hotel still operates today. In 1945, the hotel played a key role in liberating 139 concentration camp survivors including several family members of Colonel Claus von Stauffenberg — the leader of the most famous failed assassination attempt of Adolf Hitler.

Springs deep underground marry a labyrinth of mountain streams to continuously feed Braies. Those choosing to brave its icy waters will endure a frosty 57°F (14°C) if they are lucky.

Where is Lago di Braies

Lago di Braies rests in the Val di Braies, which is a side valley of Val Pusteria. The lake belongs to the Fanes-Senes-Braies Nature Park — a massive protected area of South Tyrol covering more than 25,000 hectares.

From Bolzano, the capital of South Tyrol, you can reach the lake in less than two hours. If you are visiting the Dolomites from Venice, it is just over three hours to the north.

In addition to visiting Lago di Braies, you should make plans to explore Val Pusteria. It is populated by pines, peaks, pastures and lone farmhouses that engulf you in the rustic charms of old Tyrol.

The valley lies next to Austria on the east side of South Tyrol. It runs to the west carving into the heart of the Dolomites all the way to South Tyrol’s Val Badia valley.

In fact, you could spend your entire time in South Tyrol exploring Val Pusteria. Lago di Braies is just one of its many splendors. Consider basing yourself near Brunico or Dobbacio or spoil yourself at Hotel Quelle Nature Spa Resort as we have done on previous visits to the lake.

How to Hike Lago di Braies

Plenty of people visit Lago di Braies without ever stepping beyond the northern shore. They shuffle in mass to the lakefront and snap away on their camera-phones until certain they have the next Instagram hit. What a mistake.

A two-mile hiking trail circles Lago di Braies providing some of the most spectacular Alpine lake scenery in the Dolomites. Making your way around the lake takes roughly 1.5 to 2 hours.

After soaking in the immense Seekofel summit (also known as Croda del Becco), Lago di Braies’ most famous mountain backdrop, begin your journey around the lake.

Start on the western shore side by following the Seeweg / Giro del Lago signposts. Here, the trail rolls through stands of pines with the glimmering water never leaving your side.

The path is smooth enough to allow for a stroller or even a walker. You’ll discover protruding boulders discarded by the mountainside ages ago. They offer the perfect place to take a seat and watch any boats gently rowing about beneath the stone walls of Apostoli — a mountain across the lake that storms up 6,500 feet from the water’s edge.

Continuing on, you’ll come across one of many boulder-riddled gullies tumbling from the mountain summits. These look like bone-dry canals made of gravel. When the snow-melt washes over them each spring it must be a dramatic sight to witness.

Eventually, the trail will wind to the east placing you at the foot of Seekofel (also known as Croda del Becco). This is near the halfway point with the hotel directly opposite where you began. Towards the shore stretches a pebble-strewn beach. If you’re feeling like a dip, this is as good a place as any to become one with Braies.

The trail soon turns toward the north leading you along the eastern flank of Lago di Braies. This stretch of the hike ascends nicely offering the most awe-inspiring views in our opinion.

From several points, you can admire the dome-like mountain of Monte Nero that anchors the lake on the west. It’s worth noting that timbered stair steps lie along this leg of the trail making it accessible to only those that can trek on foot.

Soon, the path swoops down to where Lago di Braies squeezes into a marshy sliver at its northernmost point. The peculiar peak soaring on this end of the lake is Sasso del Signore.

Rounding the shoreline, the trail carries you past the boathouse perched in front of the hotel where you started. Take time to walk the Lago di Braies dock and study the magic-like levitation of the rowboats hovering on the crystal clear water.

How to Rent a Boat on Lago di Braies

If you are not in the mood to walk or are simply aching to row after hiking around Lago di Braies, consider renting a vintage rowboat. After all, few things are more relaxing and romantic than drifting carelessly about in the middle of a remote mountain lake.

From late spring through early fall, the Lago di Braies boathouse rents out rowboats from 10 AM to 5 PM. You can select from 1/2 hour to a full hour.

If you are not skilled in handling a boat, do not fret. It is impossible to get lost on the lake and the surrounding mountains shelter the water from brisk winds.

You might be most inclined to visit Lagi di Braies in the summer, but we recommend spring or fall instead. The colors you encounter during the months of spring and fall make the lake dazzle even more. If you want to avoid seeing Lago di Braies as a sheet of ice be sure to visit before late November or after April.

To avoid darting between crowds, go as early as you can muster. The lake’s favorable position directly off the main mountain roadway makes it an attractive destination for tour groups. But if you arrive in the first rays of morning, the group tour folk will still be roaming the lands of snore. Let them sleep.

They can miss the rising sun breaking the peaks and plunging like a waterfall into a still sea of jade. You, on the other hand, will take in a sight that touches your heart forever.

We suggest arriving early and departing early. If you are visiting during the summer (high season), plan on 6 AM. You’ll encounter photographers, but minimal tourists. Those visiting in the so-called off-season can arrive a bit later between 7:00-8:00 AM.

After hiking around the lake, you may just want to spend more time lost in the luster of this Alpine jewel of Italy. Here are some additional sights and activities to consider:

Chapel Lago di Braies – This storybook chapel gracing the western shoreline was built in 1904. It was designed by Otto Schmid, the same architect responsible for the hotel. A horse stable next to the chapel only adds more beauty to its idyllic pose.

Horseback Riding – Imagine galloping along the beach atop a magnificent steed. The Steinwandterhof farmhouse and stable allows you to do just that.

Land a Trout –  If you’re angling for some angling, embark on a fishing excursion on Lago di Braies. Guests of Hotel Lake Braies can obtain free fishing permits and rent gear.

Admire the Field of Stones – On the eastern shore of Lago di Braies you will come across a sweeping display of cairns. These man-made stacks of stone make for an intriguing sight against the mirror-like water.

Sip & Dine Amid Emerald Glory – After adventuring about the lake you may work up a thirst and appetite. The Hotel Lake Braies offers a splendid terrace to enjoy a cup of coffee, a meal, a glass of delectable South Tyrolean wine or a sweet South Tyrolean original called Hugo. The Tiroler Stube cafeteria is open from 10 AM to 6 PM. The restaurant is open from 12 PM to 5 PM.

Pick up a Souvenir – A boutique souvenir shop is attached to the hotel allowing you to bring a kitschy piece of Lago di Braies home with you. We’re guilty.

Dress appropriately – The hike around Lago di Braies is not treacherous, but we recommend wearing proper hiking or walking footwear. Don’t forget to check the forecast prior to visiting so you can determine if you need rain gear or a jacket.

Throw a Picnic – At the midway point around the lake loop, you will find picnic tables and bathrooms. Take advantage of both if you need a rest. The remainder of the hike is a bit more difficult than the first leg.

Explore More of Fanes-Senes-Braies Nature Park – Several trails veer of the loop allowing you to trek further into the park. Many of these trails are considerably more difficult so plan accordingly. The lake is also the starting point of the Dolomites’ famous Alta Via no. 1 (Alpine Path no. 1), which leads you through the mountains to as far as Belluno in the Veneto region of Italy.

Stay on Lago di Braies – To enjoy the lake at its most tranquil (sunrise and sunset), book a night or two at the Hotel Lake Braies. You will be just steps away from its rippling shore.

Visit Brunico Afterwards – After consuming so much natural beauty consider venturing onto Brunico (Bruneck in German) for a dose of history. In Brunico, you can stroll cobblestone streets and marvel at churches and castles, as well as meander through a beautiful war cemetery unlike any other in the world. The town is just a half-hour north of the lake by car or bus.

How to Get to Lago di Braies

Lago di Braies is one of the easier gems in the Dolomites to reach. If you’re renting a car as we typically recommend, plenty of parking is available just outside the front of the hotel. The cost is €5. From any of the lots, it’s a short walk to the lake.

If you’re based near Bolzano, the lake is just over 1.5 hours to the northeast. From Brixen, just over an hour. The drive is considerably easy relative to other mountain destinations in South Tyrol.

Have you been to Lago di Braies? If so, please comment below and add any tips or considerations we may have missed.

Thank you for reading. 😘 Share the South Tyrolean Goodness!

Our articles may contain affiliate links which means if you purchase after clicking a link, we receive a small commission at no extra cost to you. Your purchases help ensure we can continue to serve you with inspiring content. Thank you for supporting Throne & Vine  – Kate & Vin. 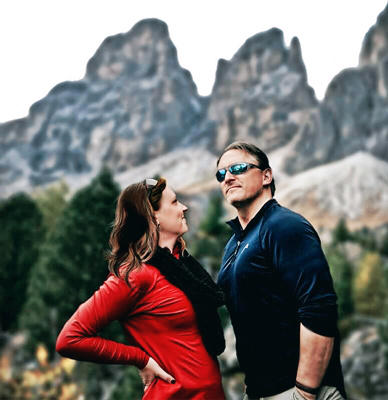 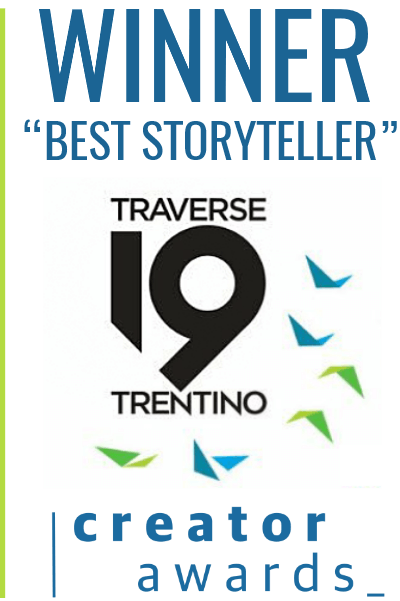